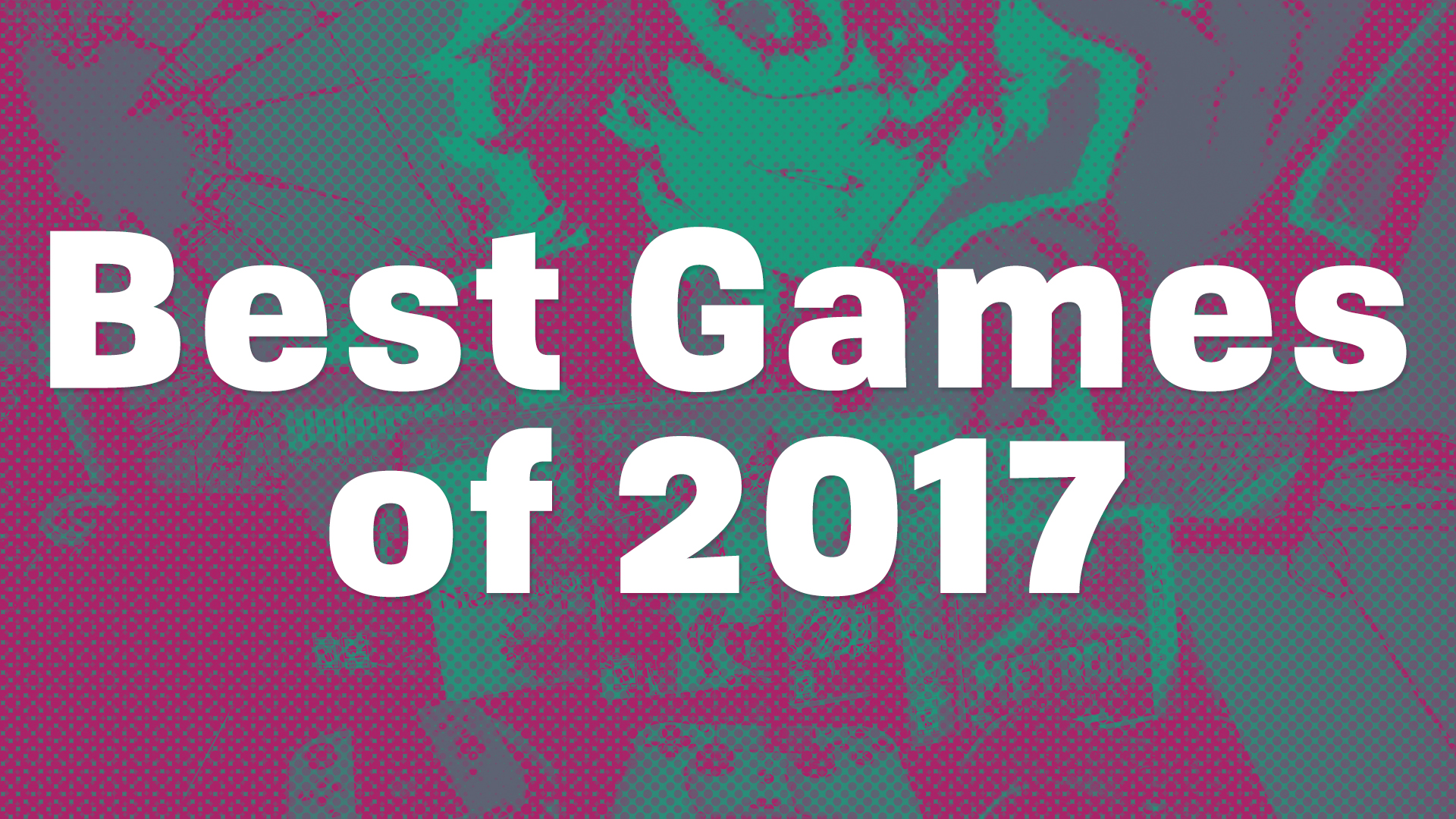 They say there's never been a better time to be playing video games. They're right.
By David Paez
Jan 06, 2018

What a season, what a season! It has been such an incredible year for video games. Which is good considering it’s been a pretty shitty year for the world at large. Video games pulled out the big guns to give us some form of peace and escapism, if only momentarily.

I played a total of 35 games this year. Some old, many new. This might be the year I have put the most work into trying to play everything I could in preparation for this list. I had an amazing time with a lot of these games, but I had to narrow it down to three. So, let’s just get right down to it.

I fell back into the Yu-Gi-Oh! hole during the tail end of this year. This happens every now and then, and usually only lasts a few months. But with the Twitch marathon, my own venture into the subbed version of GX, finishing my Dark Magician deck build I started last year, and tricking folks on Discord into playing with me, I won't be crawling out of this hole so soon this time.

I almost made Yu-Gi-Oh! the winner of this category. Something just didn't sit right with me in doing so. Instead, Yu-Gi-Oh! gets some special recognition here before I announce the true winner.

Winner Take All: Picross 3D Round 2

God, Picross is so good. Last year was my first real dive into the world of Picross with the 2D Zelda version for the 3DS. After 100%-ing that, my thirst for Picross grew. Enter Picross 3D Round 2.

Picross 3D Round 2 takes Picross to another level. Another dimension one might say. I spent many hours in a day tackling puzzles in this game. It was my palette cleanser. Whenever I got tired of climbing walls, shooting folks, and stabbing fools, I could always count on Picross 3D to be there for me. Picross 3D made my 3DS a portable again. What used to be a handheld I only played at my desk became something I took everywhere I went so I could scratch the puzzle itch when it came.

(Also, the music is very good.)

Number 3: The Legend of Zelda: Breath of the Wild

I struggled a lot on deciding what game to put in this spot. I’m still not completely sure on my choice, but comfortable enough to give it to Zelda. I was on vacation in San Francisco the day Zelda, and the Switch, came out. The night before, I stood in line to make sure I got a copy along with a Switch before I had to fly out. It was the right choice.

I spent the majority of the 6 hour flight running around the land of Hyrule. Climbing towers, solving shrine puzzles, peaking around every corner I could. That continued through my week long stay in SF. I would wake up, play a bit, go out, see the city, come back to our Airbnb, and dive right back in.

This was Nintendo’s first foray into making this kind of open world game, and I was blown away by how right they nailed it. The world of Breath of the Wild was incredibly captivating. Every free moment I had, I spent it in Hyrule. To the point where I sequestered myself in a room for a weekend to finish the game. That was my last chance to spend a significant amount of time in that world before another game came out (more on that later), and it was wonderful.

(Also, the music is very good. Sparse, but good.)

The year was front loaded with a lot of great games. Nier: Automata is one that I almost completely missed. At first glance, Nier: Automata isn’t the kind of game I would think much of. It wasn't until all the buzz around it had reached a tipping point when I decided to give it a shot. I’m sure glad I did.

I don't know what I can say about Nier: Automata that hasn’t already been said by folks who are much better at words that me. I will echo the sentiment that it’s story is as effective as it is because it’s a video game. It uses the medium to enhance it’s narrative in ways most games don’t. I don't want to say much because of spoilers, but this game leaves a lasting impact once you complete it. It takes time and effort, but it is all worth it in the end. Keep going.

(Also, the music is very good. Maybe don't listen to this one if you want to go into the game fresh.)

Remember when I said I locked myself in a room to finish Zelda because another game was on the way? Persona 5 was that game. This may have been my most anticipated game… ever? After years of waiting and multiple delays, I finally had the game in my hands. And yet, I couldn't play it. Rather, I couldn't find it in me to play it.

For the first week after release, the game just sat there. Barely touched. Asking to be played. But I was having a rough week. Rough enough to not even have the drive to play the next installment in one of my favorite video game franchises of all time. I took some effort, but I finally found it in me to start my journey as an anime-ass teenage thief. Turns out that was just what I needed.

I get anxious feelings when starting some new video games. I worry about being unable to grasp the mechanics, being overloaded with information and things to do. You would think this is especially true of a systems heavy, time limited JRPG like Persona 5. It wasn't. Jumping into Persona 5 felt like coming home. I felt a calm planning out my daily activities. A warmth when entering the Velvet Room and hearing “The Poem for Everyone’s Souls.” A deep satisfaction after taking down shitty human beings using my magical abilities they can't understand. And maybe most importantly, I felt a sense of belonging when interacting with the characters. My teammates. My partners in crime. My friends.

To this day, I still feel that call of the New Game Plus playthrough. No other Persona game – no. No other game has ever made me want to play it again so soon after I have completed it. Not because I felt dissatisfied with what I played. I did nearly everything I could do in my 115 hour playthrough. It’s because I just don't want to let go of that world yet. Persona 5 definitely has its flaws, but after my time with it, there is no way I couldn't name it my number 1 game of the year.

(Also, the music is very good. Some might say the best game soundtrack of the year.)