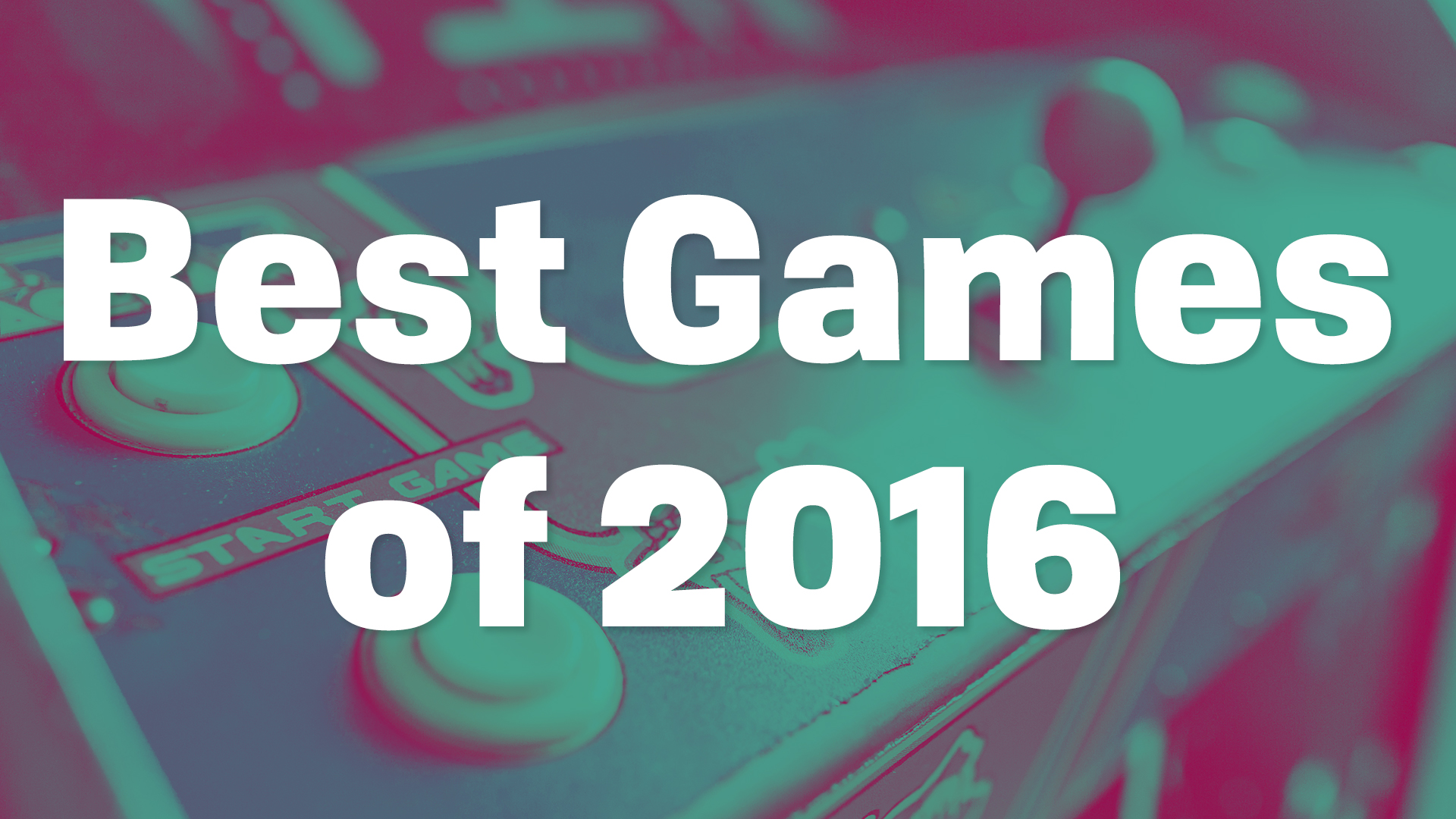 Coming in hot, David talks about his favorite games of the year. How many arguments is this going to start?
By David Paez
Dec 31, 2016

It’s the end of the year! Holy crap, it felt like it would never get here. I don't have high hopes for 2017, but I have my fingers crossed. Look, let’s get real for a hot minute. 2016 has been rough. I’m not just talking about the many icons who have passed this year. It has been a rough year for world at large, for us here in the United States, and for me personally. But you know what has helped me get through this smoldering dumpster fire of a year? Video games.

I mean, movies and music (especially) played a large part in my sanity as well, but I didn't watch or listen to enough new stuff this year to make a substantial “Best of” list. So, let’s just focus on the games. I have traditionally limited my list to four choices. One winner for Best Old Game of the Year, and a top three for Game of the Year. That continues to be the case, but to make this list, I ended up with a top 10 ranking that you can find over at Giant Bomb Dot Com.

I can't believe I waited this long to play Journey. This game was the the talk of that town a few years ago and somehow I let it pass me by. I finally grabbed it when it went free for PS Plus members, but it sat on that PS4 hard drive for about three months before I decided to play it.

My first week back from a two week vacation in New York was difficult. Having to immediately face a lot of negative things about my life back home took a lot out of me. I needed something soothing, something peaceful to help me escape. Journey was there waiting for me, and boy, did it hit the spot. The game is gorgeous, whimsical, and everything else everyone said it was all those years ago.

The moment it clicked was when I saw something in my periphery in the second stage. A sparkle. I turned towards it, and it took me a moment to realize this, but it was another player. I chased after them as fast as I could. We played most of the game together, until I lost them about 2 stages from the finale where I met someone else at the foot of the mountain. Even with knowing how the multiplayer worked going in, it still surprised me and felt like a beautiful moment. Journey is great. You were all right. I’m sorry I took so long to play it.

I can't believe Oxenfree made it so high on my list. I think that has a lot to do with the lack of variety in things I played this year. I seriously expected this game to be number 5 or 6. Don’t take that to mean Oxenfree is number 3 begrudgingly. That is certainly not the case! As I worked through my list of games, it became more and more apparent Oxenfree had something that stuck with me. Something I liked more than Firewatch’s story. Something I liked more than crackin’ wise with Discord folks in Drawful 2.

Oxenfree is one of those narrative, character driven games with dialogue options. That shit is already up my alley on it’s own, but it gets weird soon after the introduction of our debaucherous teenage characters. Good weird, I should mention. Cosmic horror type weird. And it handles all of that pretty gracefully.

The “walk and talk” style of dialogue options struck a nice balance between moving along the plot and my “stop and listen to every character’s lines” style of playing these kind of games. The characters were well written, well acted, and I was genuinely concerned for their well being. The story grabbed me all the way through and didn’t let go. I feel like some games of this ilk stumble a bit in the last act of their story, but Oxenfree didn’t. It nailed the landing. I knew I was satisfied.

I can't believe I played 103 hours of No Man’s Sky. Look, I have my misgivings about No Man’s Sky. Heck, the entire internet does. That game is flawed, to put it lightly. The annoying meter management, its barely there progression, the lack of anything meaningful to do once you land on a planet. I could go on forever. Even the most recent update seems to be taking the game in the complete opposite direction of what I want from it.

And yet, I played 103 hours of No Man’s Sky. My expectations were tempered way before the game came out. I was looking forward to it, but I didn’t hop on the hype train that everyone else seemed to join. I would have been mostly content with a game that simply allowed me to get lost in space. That’s kind of what I’ve always wanted out of a space game. That’s the kind of shit I think about when I’m lying in bed trying to go to sleep. That’s the game I got.

No Man’s Sky came out at the perfect time for me. It was a game I kept returning to after a long day/week/month to sit down and relax with. I would turn on a podcast and start going planet to planet, mindlessly mining resources, and looking around and the beautiful landscapes it generated as I explored. It was a stress reliever and it worked. No Man’s Sky has its problems, but it provided me with something to do when all I wanted to do was waste away. And that’s good enough for me.

I can't believe a Pokemon game finally made it to the top of the list. The main series Pokemon games have always been relegated to the number 2 or 3 spots. They were always some of the most fun I had with a game within the year, but never quite the best. That changed this year with Pokemon Sun & Moon (but let’s be honest here, the right choice is Moon. Just look at Lunala.)

Pokemon Moon is a game that just radiates good feelings. The tropical setting of Alola made playing the game feel like a beautiful vacation in the middle of fall. I was actually on vacation in New York when the game came out. I would spend the majority of my day in the city, enjoy the chilly weather, and immediately jump into the Pokemon world when I got back. It was the best of both worlds!

Pokemon Moon is also a large step forward for the franchise. On a technical level, it’s the best this series have ever looked. The character models are full size, the overworld is mostly to scale, and our furry friends animate in the most charming ways. The game also remixes the conventions you're used to. You’re not challenging the Pokemon League in the game, you're trying to build it! It tries to do a bit more with the story, and it mostly succeeds. At it’s core, it’s a story about relationships. The good, the unhealthy, and the totally cannon and not made up in my head. But the greatest thing this game did? It gave us Popplio.