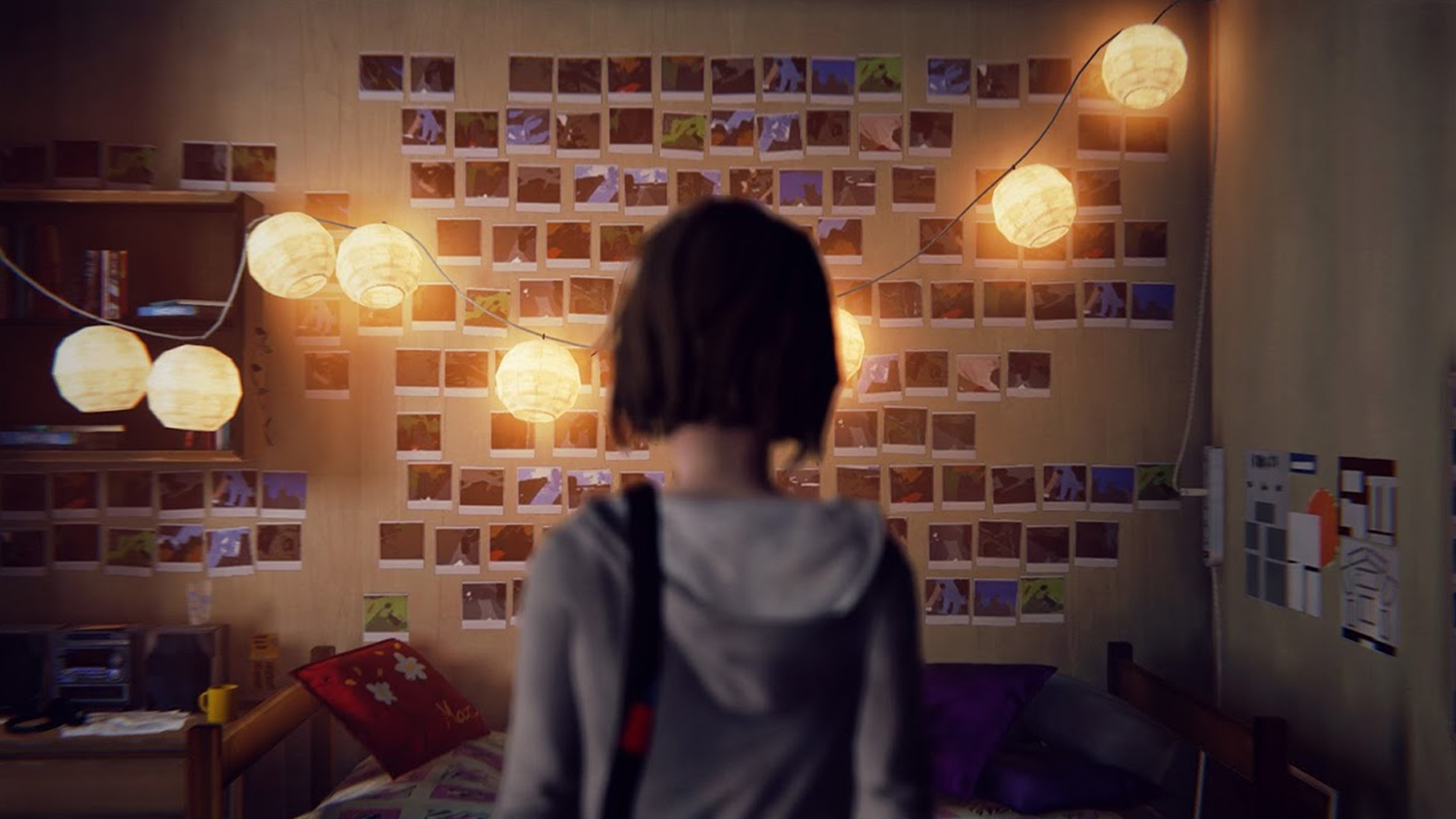 On Life Is Strange

Note: This post will contain major spoilers for Life is Strange. So, you gotta be ok with that, I guess? Also, maybe read this with your favorite Life is Strange song playing. I wrote it while doing just that.

Life is Strange is a special game. I would like to write a pages worth of words about how much I love this game and why. Unfortunately, I’m not great at … expressing my thoughts and feelings into meaningful words. I would like to put together a video in the style of Life is Strange as my love letter to the game and the developers. In fact, I shot it already. Unfortunately, my YouTube account got fucked by a Taylor Swift video, so the Life is Strange homage might take 6 months to go up, if at all.

That said, I still wanted to do something to get my thoughts about this god damn lovely ass game out there. Luckily, the Giant Bomb East crew finished their play through not too long ago. Through the indirect help of Austin Walker, I was able to flesh out a few of my thoughts into something I’m a bit happier with than say, I dunno, the tweets I made right after finishing the game.

Like I said, I’m not especially great at articulating my thoughts very well. It’s much easier to say “I love this. It makes me feel good” than to say “this makes me feel X way because of Y reason”. But, other people can help pull those explanations out of me. Sometimes through conversation, other times just by me listening to them express their own feelings. That’s why I say Austin Walker helped me write this more articulate, albeit short, description about my thoughts on the game that I posted in the comments of the final Life is Strange Playdate video.

I see where Austin is coming from on the ending choice with saying that’s what HIS max would do. I chose to sacrifice Chloe, because I felt that’s what MY version of Max would have done. When it came time to overdose Chloe, that’s what I did. Because it was Chloe’s wish. My Max loves Chloe and would do ANYTHING for her. She’d destroy multiple timelines to save her, but would also let her die if that’s what Chloe ultimately wants.

It was a tough choice, and I almost let Arcadia Bay be destroyed, but in the end, after Chloe died or almost dies multiple times, it’s clear that she shouldn’t be alive. Yes, Max finally saved her once and for all, but that’s not how Chloe would have wanted it. Not at the expense of everyone else. And since that’s not what Chloe wants, that’s not what my version of Max did.
And to Vinny’s point, if Max intervenes to save Chloe after she goes back, then the game just happens all over again. She’ll tell Principal Wells that Nathan has a gun, he won’t believe her, etc… Like Austin said, she can’t interfere. Time is just supposed to run it’s course. That way, everything actually ends up getting solved within a day.

You could argue that the reason Max got her powers wasn’t to solve the mystery per say, but to spend one last week with Chloe before she dies, rekindle that friendship, and give Chloe closure with Rachel in some form. Sure, in the end Chloe doesn’t remember that, but Max does. It might have been in a different reality, but it was still reality. It happened. What those two shared was special, and Max can find her closure in knowing that.

A friend on Twitter was also ended helping me expound on some of my thoughts. He finished Life is Strange, made a short tweet which then turned into a long conversation (for Twitter, at least) about the game. This actually happened before I made the Giant Bomb comment. So, it actually touches on some things that are better explained in said comment, but I wanted to share these tweets regardless.

I’ve been thinking about Life is Strange. A lot. Let me emphasize that even more. A LOT. I’ve been listening to the soundtrack on my drives to and from work. I bought the limited edition mostly because I wanted to have a physical copy of something I love so much. I have actively wanted to use my Polaroid camera even more than I already do (I use it often enough). I even set up a display with the limited edition, one of my Polaroid cameras, and a Polaroid shot of myself just to take a Polaroid shot of THAT.

There’s much more I want to say about Life is Strange. Thoughts about how fitting the music is (both the licensed soundtrack and the score). Thoughts about how the characters feel like friends I never had. Thoughts about how the game got me to feel nostalgic about THE FUTURE and it ended up with me crying in the shower. Yeah, dawg. I know that sounds ridiculous and oxymoronic. Even now, I don’t feel that sentence accurately describes the feeling I experienced, but that shit happened.

I can’t explain or express those things well. What I can express is how much I love Life is Strange and how special it is to me. Go play it. Go watch someone play. Just experience it, maybe even with someone you care about. Hopefully it leaves a lasting impression.

This is my Life is Strange post. It’s not pretty. It’s ramble-y. It’s not as well thought out as I would have liked, but it’s more thought out that it normally would have been thanks to the indirect help of two people I only know because of the internet. One of which doesn’t even know me. The internet is strange.