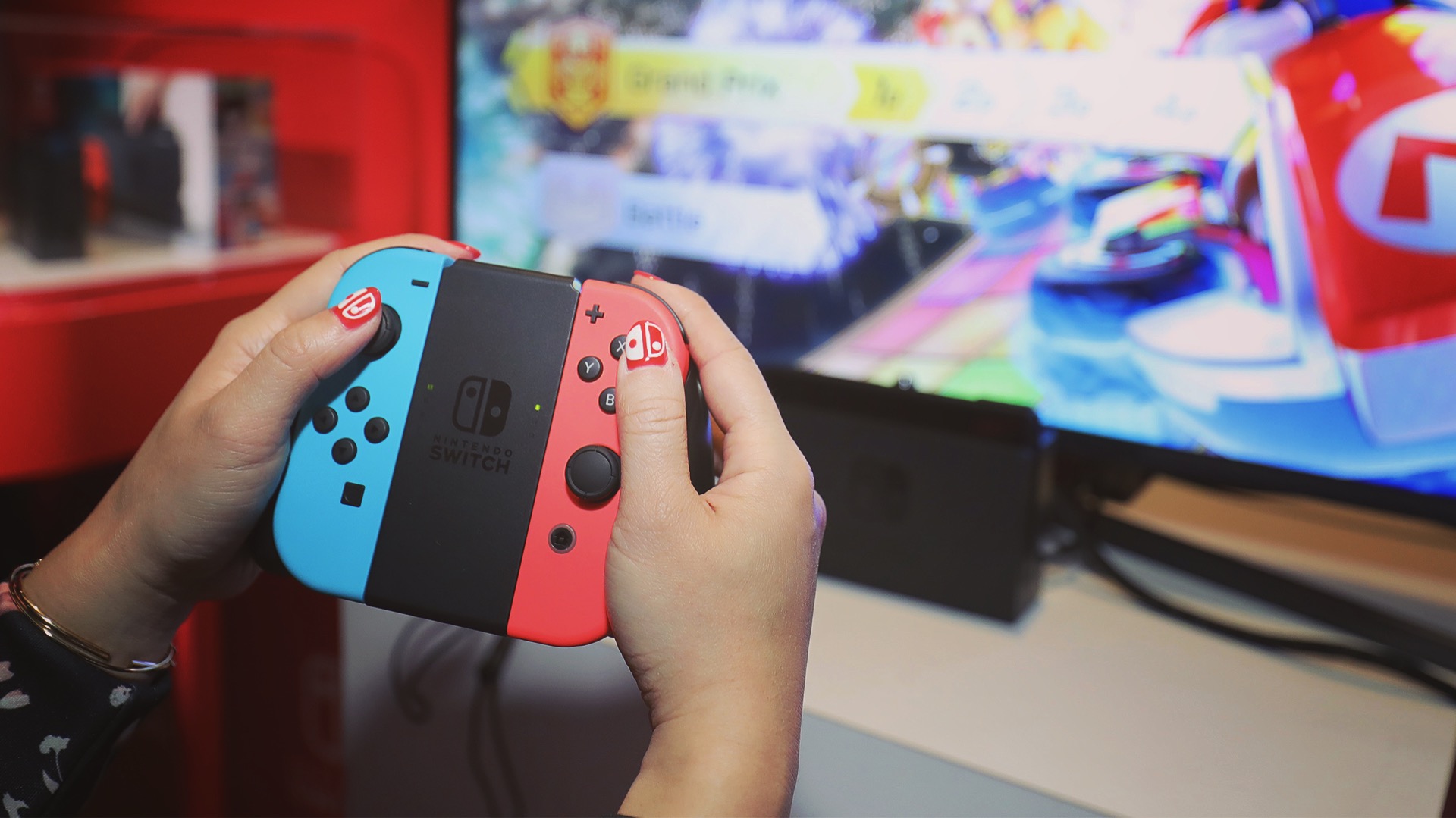 Feeling Out the Switch

How are you feeling about the Switch? Neon red hot or sad neon blue?
By David Paez
Jan 14, 2017

Nintendo has finally given the world more information on it’s upcoming console. On January 12th, Nintendo held a live presentation running through the Switch’s price, release date, upcoming games, and more. Here are the basics: It’ll cost $299.99 in the US and it’s being released on March 3rd along side Zelda: Breath of the Wild.

Of course, there was more detailed information in that presentation, but I’m not going to rehash it here. All the major sites have that on lock. Instead, why don’t we lie on this couch and talk about our feelings? How do you feel about Nintendo’s showing? Well, Doc...

I think I’m feeling mostly positive about about the Switch after this info dump. I’m loving that Neon Joycon version of the console, for one. Zelda and Mario are looking pretty solid, and I’m still sold on the idea of having Nintendo focus it’s efforts on one console.

That said, there are a few things that are… concerning, to say the least. Let’s start off with those price tags. $300 isn’t terrible, but considering the PS4 and Xbox One can easily be found between $250 and $260 with a free game, it’s a little hard to swallow. The most egregious aspects of the price are the accessories. $70 for the Pro Controller, $50 for a singe Joycon, $80 for a pair (best value!), and $90 for a separate dock. That is insane.

The launch lineup is pretty weak as well. Sure, you got Zelda on day one, but that’s also coming to Wii U. The only other games out on release day are 1-2-Switch, the Switch’s Wii Sports equivalent that incredibly isn’t a pack in, and Super Bomberman R. A few more games are out later in the month, including Snipperclips, a couch co-op puzzle game, and Has Been Heroes, a rogue-like strategy game. But the games that might be considered “system sellers” won’t be out until later in the year.

There is still quite a bit we don’t know about the Switch, which is a crazy thing to say considering it is coming out in less than 2 months. Things like the user interface and the online functionality which will become a paid service in the fall. At this point, I can’t actually recommend the average person preorder this thing. Maybe wait till that hot new Mario game is out.

But even with all that, I am still optimistic about the Switch. Nintendo consoles live and die by their first party games. I believe the Switch, on paper, has a lot of potential. I’m not concerned about how powerful it is, or how well it is adopted by third parties. That might not be enough for some people, but it’s enough for me. At least for now. Get back to me in a year to see how I fare.